Station Building Two elegantly incorporates both old and new by maintaining the stunning façade of the former Harcourt Train Station and blending it into its 21st Century surroundings.

The building offers a unique collaborative workspace with unmatched character. Station Building Two will be restored with great sensitivity and respect to its existing structure and many of its original features will be retained while also incorporating a full third generation office specification. An impressive double-height reception area filled with natural light greets occupiers as they enter the Station Building Two. The office accommodation is located on the first (Platform) and second (Mezzanine) levels providing a bright and efficient working environment.

Hatch Street Upper is well established as Dublin’s premium office location, situated in a prime position at the heart of Dublin’s commercial core.

Station Building Two is unrivalled in terms of accessibility. With the Luas right at the doorstep, numerous Dublin Bike hubs and a vast network of Dublin Bus services serving the immediate area, the office can be reached with ease from all areas.

The Luas stop on Harcourt Street provides access from St. Stephen’s Green, southwards to Dundrum Town Centre, and onwards to Sandyford and Brides Glen and north through the City Centre. Numerous Dublin Bus routes are accessible within the immediate vicinity of Station Building Two, serving all parts of the city. The DART at Pearse Street is a 15 minute stroll through Georgian Dublin. All transport links are only a short walk away providing easy accessibility. 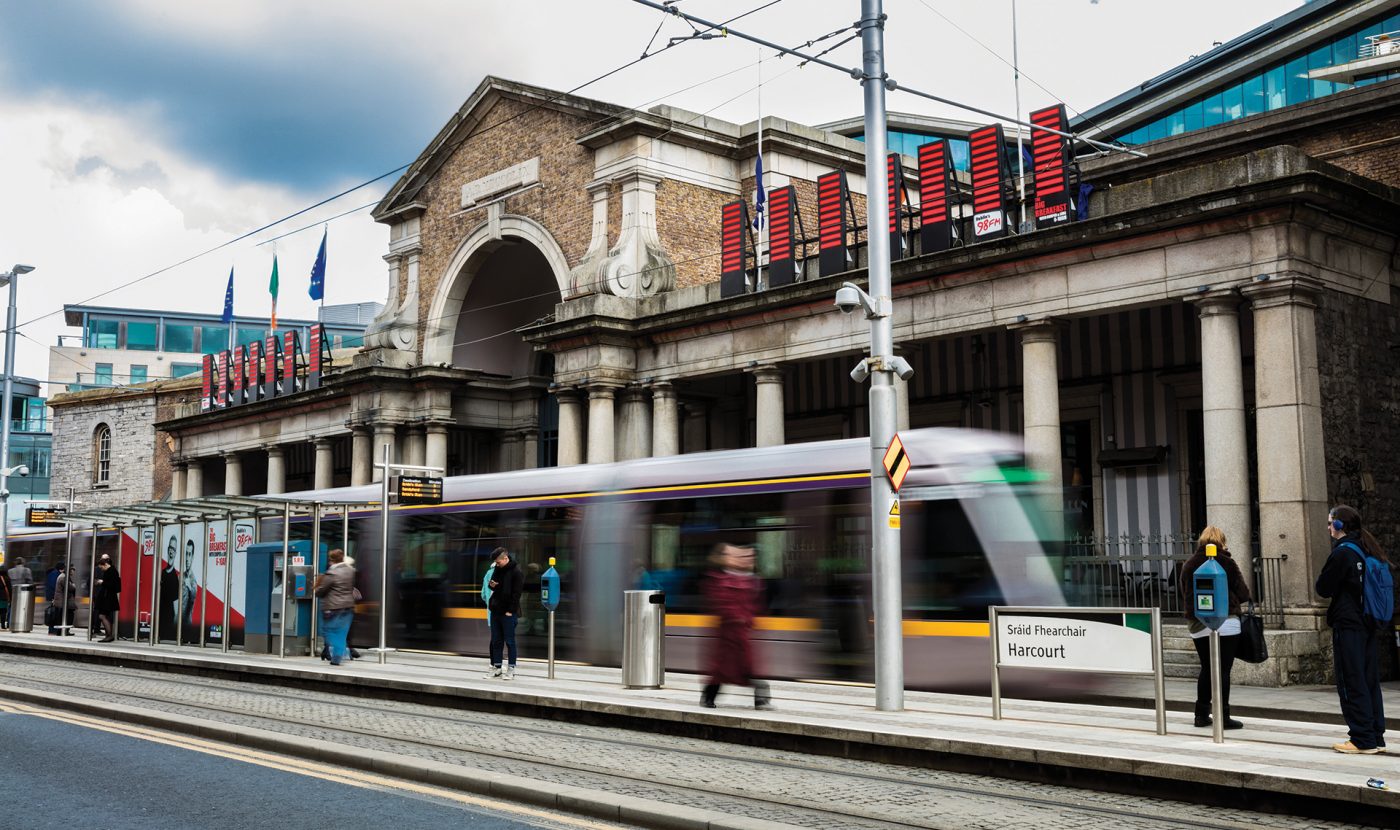 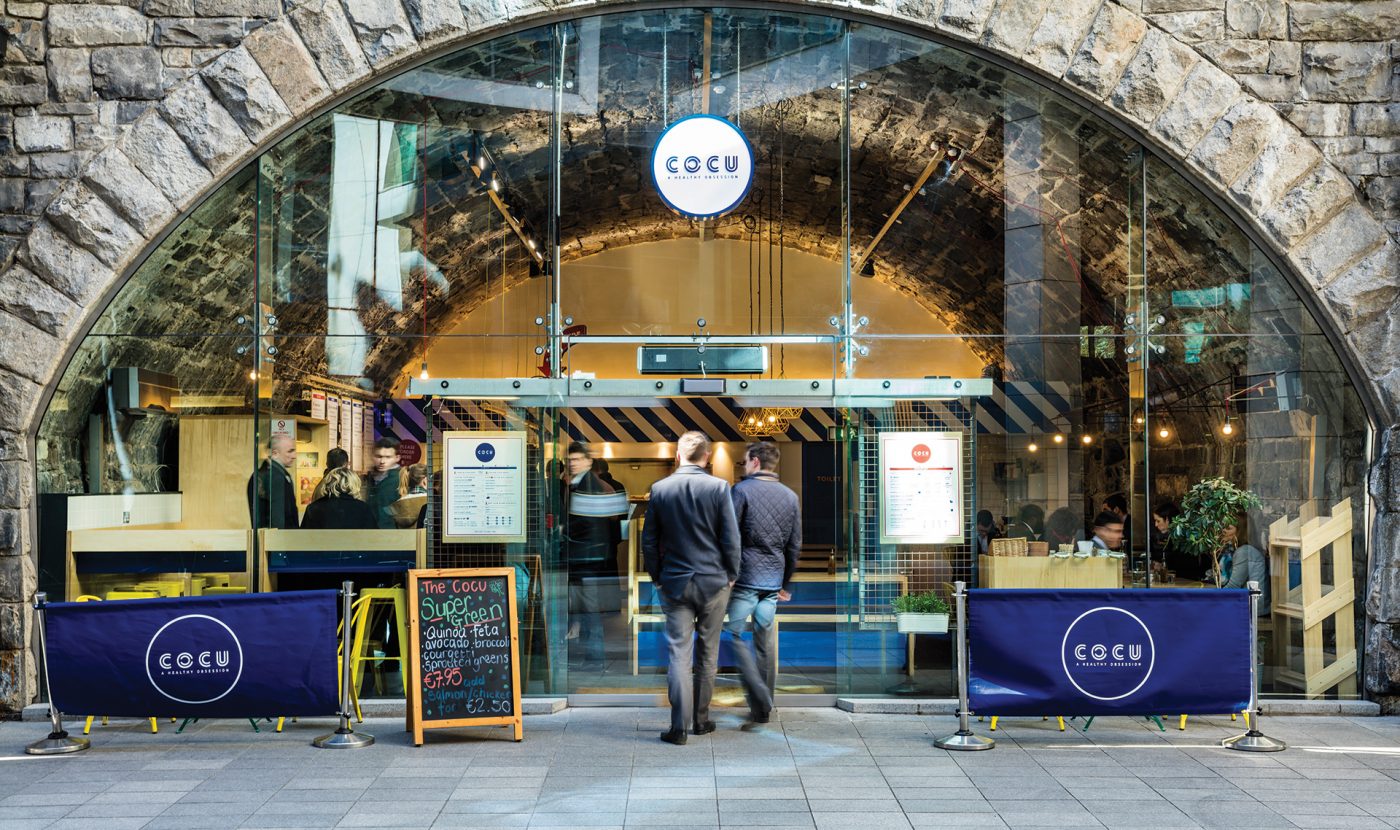 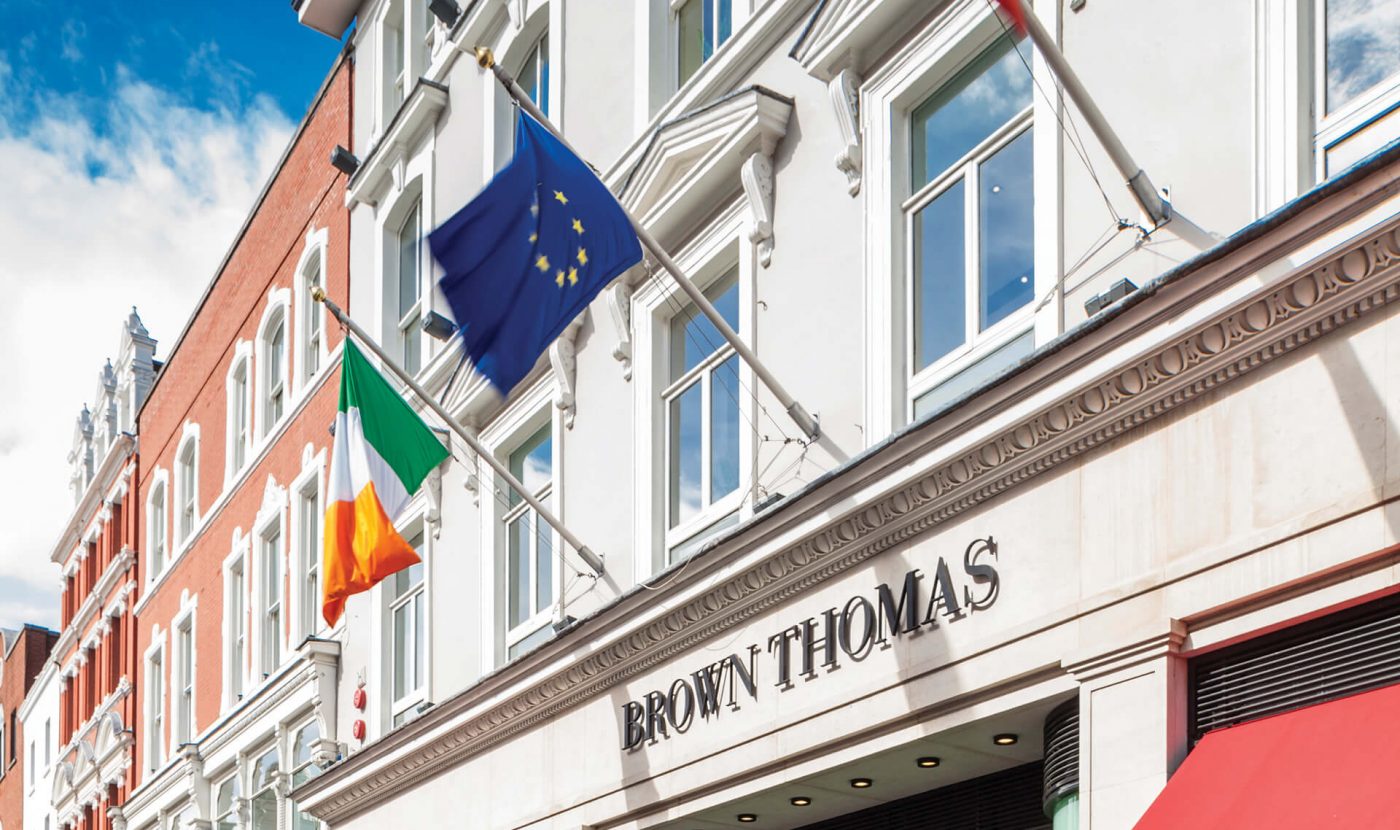 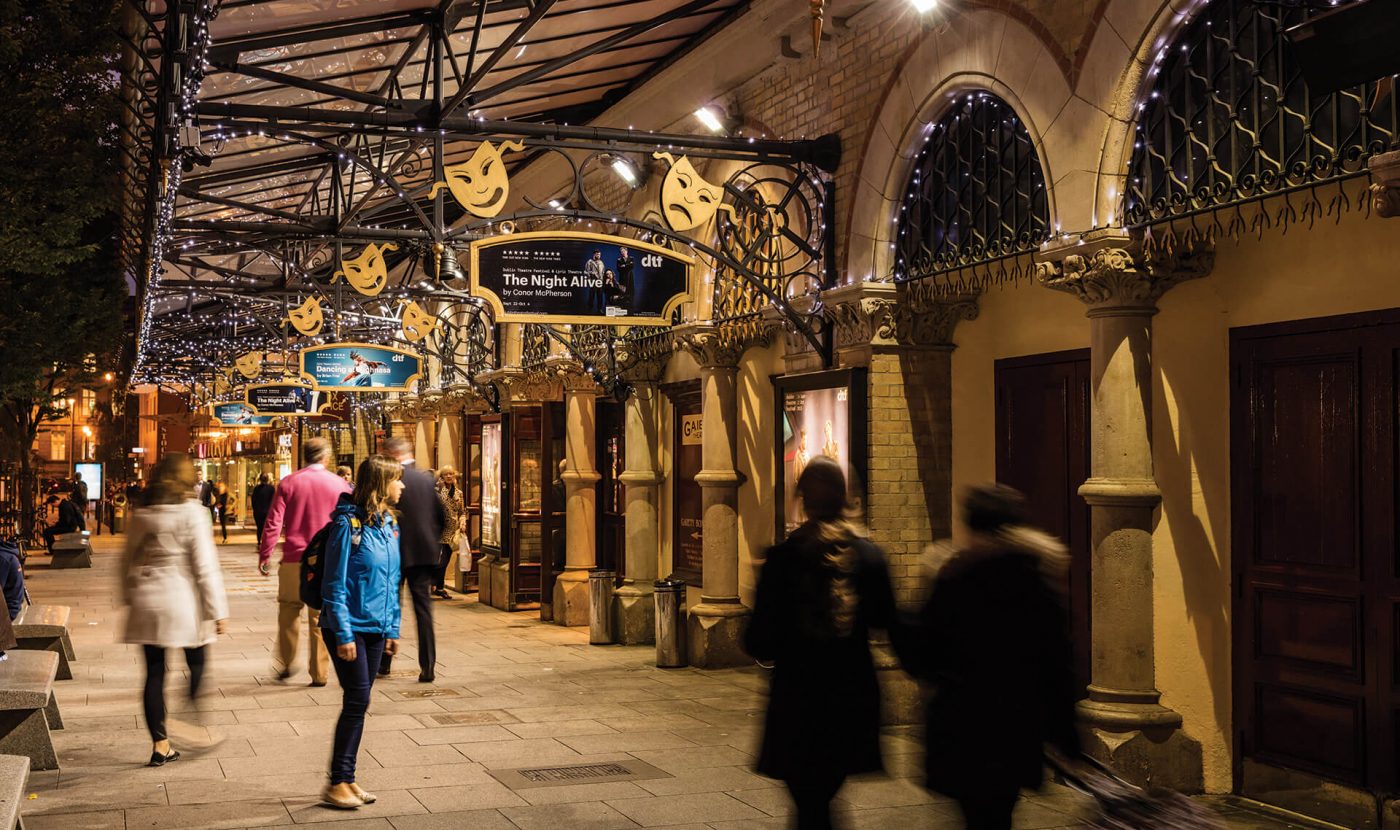 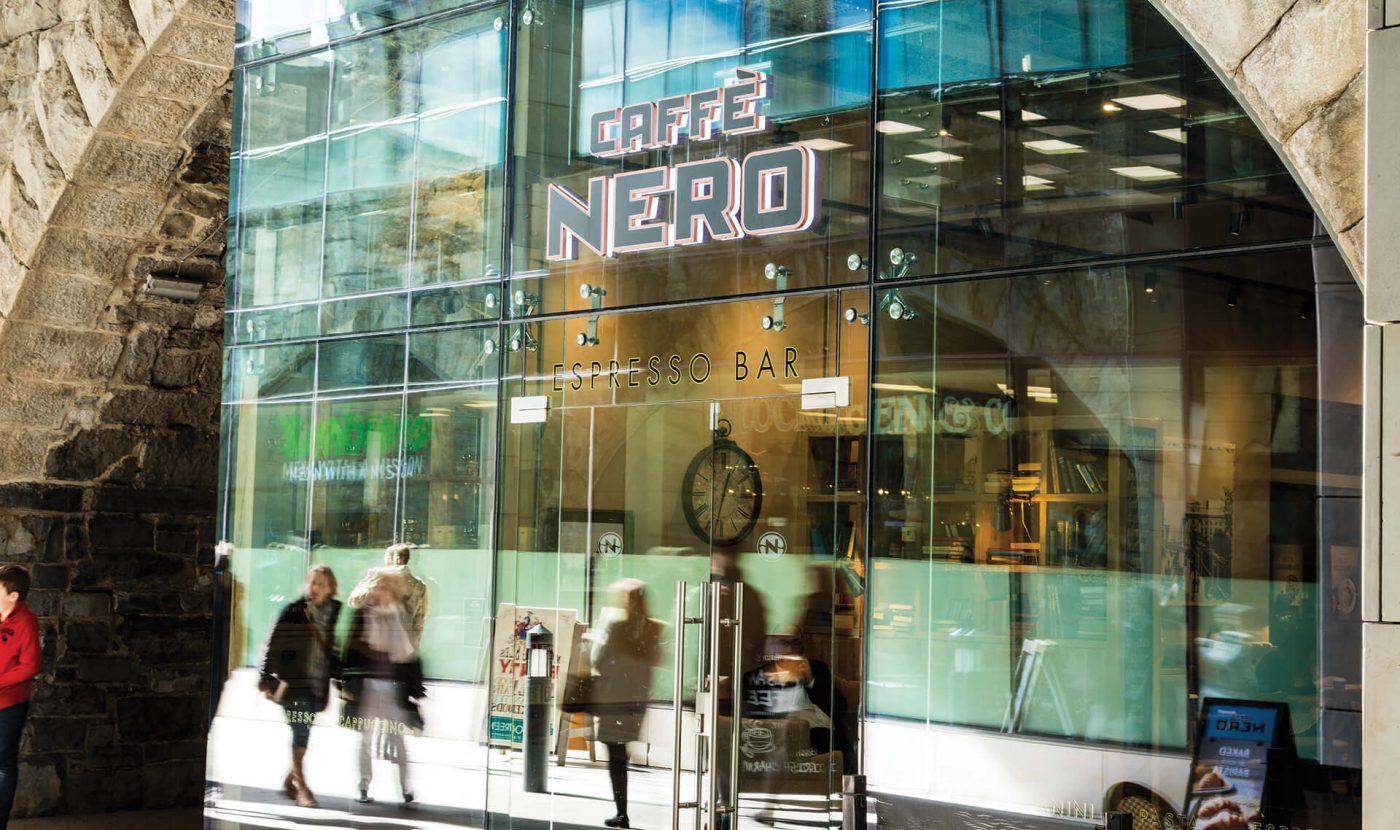 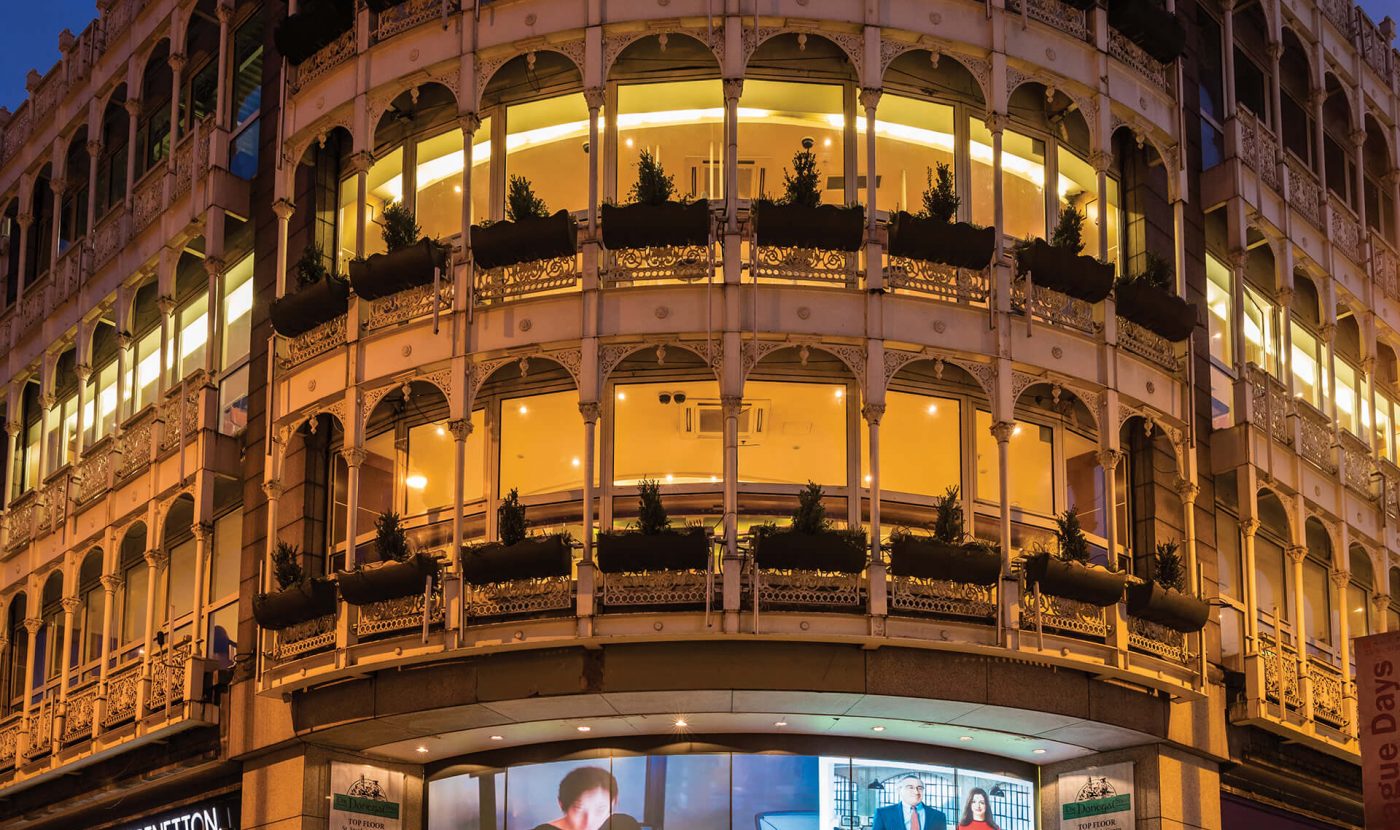 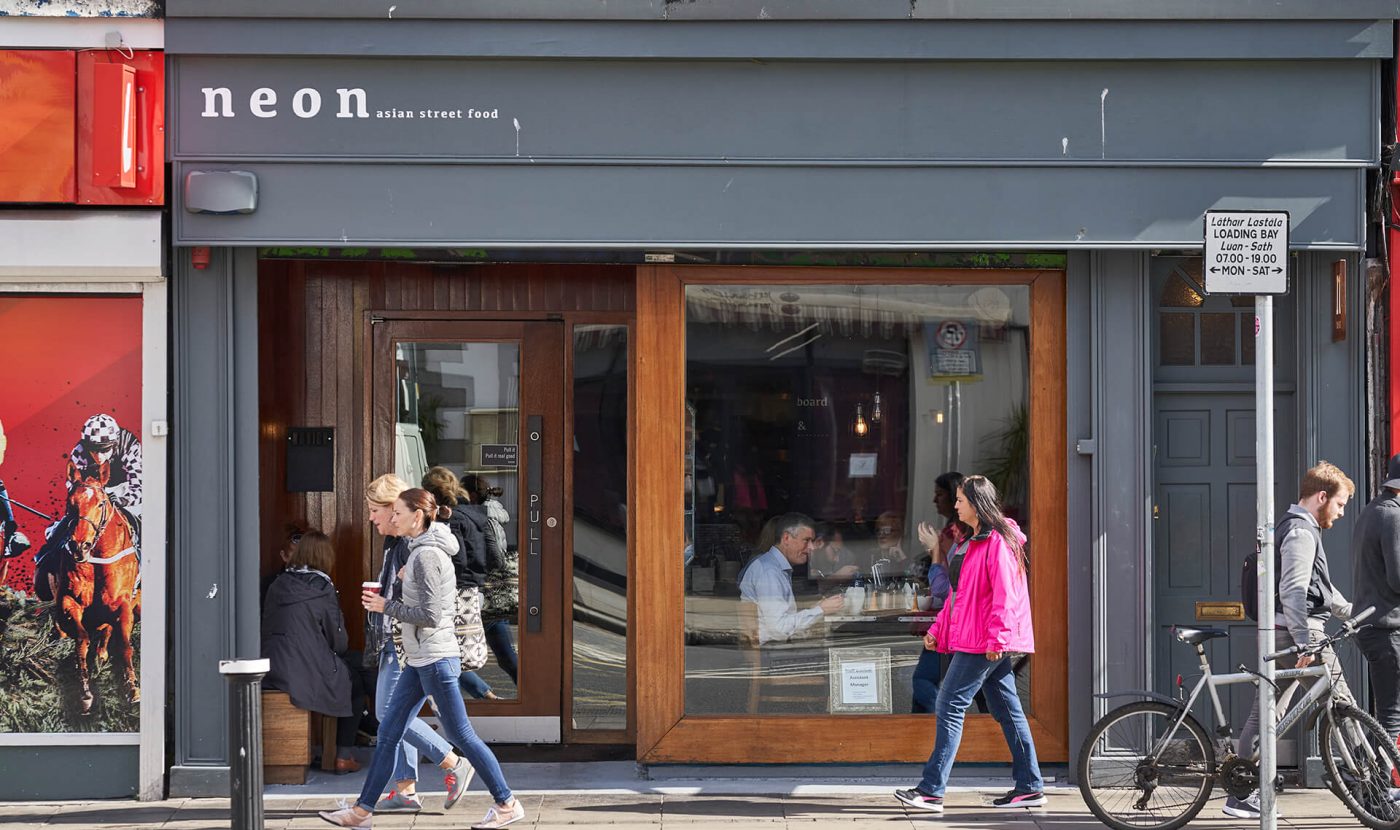 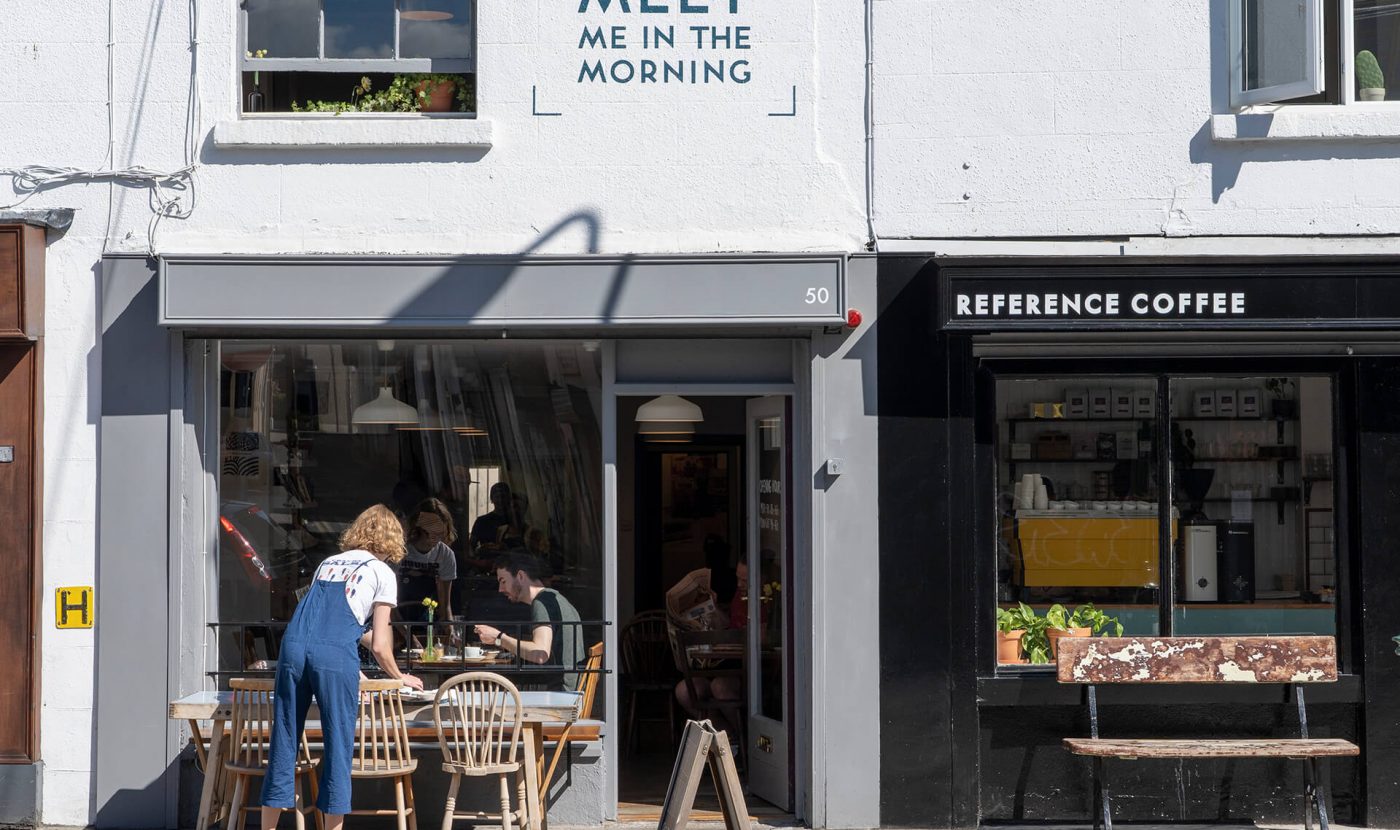 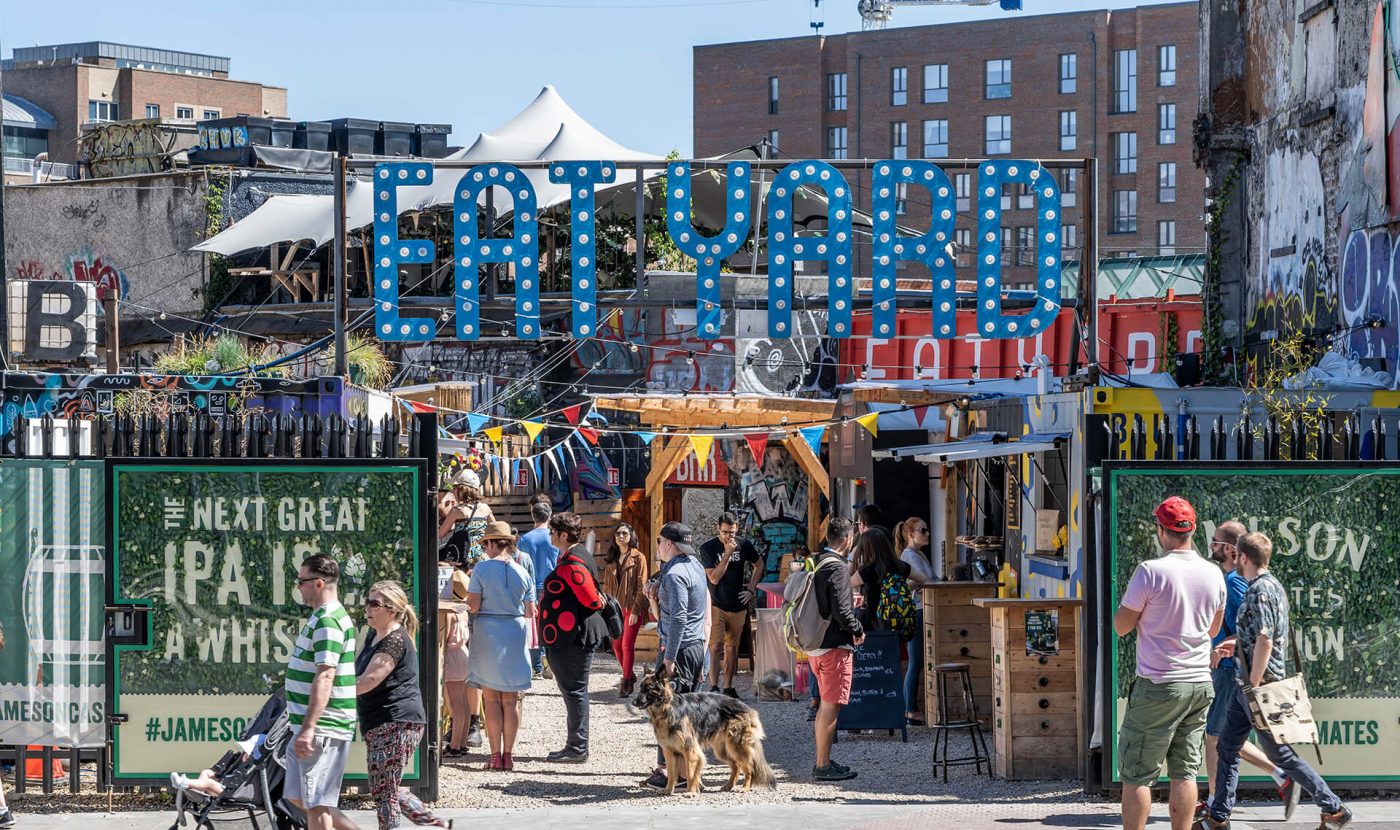 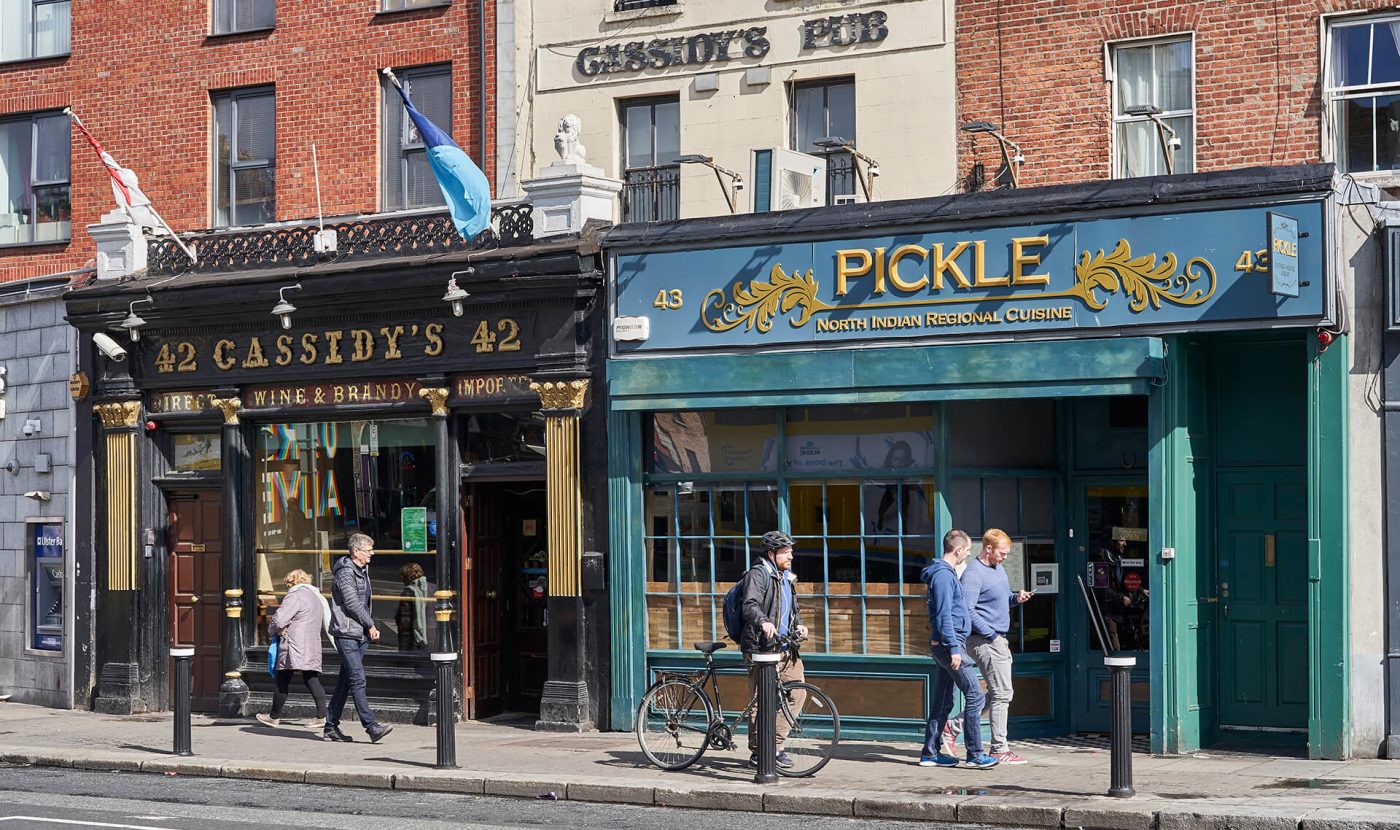 Station Building Two is ideally situated to allow occupiers to experience all of the niche intimacies that Dublin City has to offer.

The office is located within close proximity to Ireland’s premier retail destination, Grafton Street, where there are copious retail and dining outlets. A number of fine dining restaurants can be found nearby including Dax, Sophie’s, The Grayson, Shanahan’s on the Green and The Cliff Townhouse.

Within the immediate vicinity of Station Building Two, there is an abundance of café’s and dining options including Morton’s, Starbucks, The Odeon & The Art of Coffee. A host of leisure facilities can be found close by along with some of Dublin’s most lively bars and music venues. Nearby hotels include The Shelbourne, The Conrad, The Hilton, The Dean and the Camden Court.

CLANCOURT GROUP HAS BEEN DEVELOPING AND MANAGING PRIME OFFICE BUILDINGS IN DUBLIN SINCE THE 1960’s.

As one of Ireland’s longest standing and most highly regarded private commercial developers and property managers, Clancourt has an unrivalled reputation in both regards. As a developer, they have an unparalleled reputation for developing buildings of the highest standard.

Clancourt Group has attracted a wealth of high profile occupiers. Most recently they secured lettings to the IDA, CNP Santander and Deloitte in newly completed Three Park Place which extends to 164,373 sq ft.

Other tenants that they have welcomed include State Street, Aviva, Pepper, Arthur Cox,EY and Bank of America Merrill Lynch to name a few. As a developer, Clancourt Group encourage occupiers to grow within their property portfolio and have established relationships with a number of occupiers that have lasted in excess of 30 years through various buildings. In addition to providing Dublin’s leading office buildings (in terms of location, specification and finishes), Clancourt manage their own properties, thus ensuring competitive service charges.

All enquiries to be directed to joint agents Knight Frank and CBRE:

These particulars are issued by Knight Frank and CBRE on the understanding that all negotiations are conducted through them. Whilst every care has been taken in the preparation of these particulars, they do not constitute an offer or contract. All descriptions, dimensions, references to condition, permissions or licences of use or occupation, access and other details are for guidance only, they are given in good faith and are believed to be correct, and any intending purchaser / tenant should not rely on them as statements or representation of fact but should satisfy themselves (at their own expense) as to the correctness of the information given. Prices are quoted exclusive of VAT (unless otherwise stated) and all negotiations are conducted on the basis that the purchaser / lessee shall be liable for any VAT arising on the transaction. Neither Knight Frank or CBRE nor any of their employees have any authority to make or give any representation or warranty in respect of this property. Knight Frank is a trading name of HT Meagher O’Reilly.